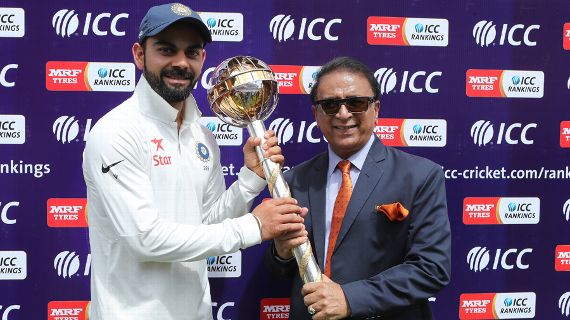 We have been through in what could be The dramatic Cricket World Cup ever. When 99 happened, aka the gripping semifinals between South Africa and Australia,everyone thought that was the best match, ODI cricket has ever seen. [SA, 9 wicket down needed 9 to get off last over,Klusener hit 2 boundaries and he along with Allan Donald couldn’t manage one more single buckling under pressure].For the fact that it was a tie, for the fact that Australia made it through to the finals because of their better run rate, the dramatic scenes, everyone thought we had seen it all. But NO!! We had to witness another drama unfold, one could never have imagined,that too in a prestigious World Cup final at Mecca of cricket-Lord’s. Every since,much has been talked about,debated at lengths,with generous amount of What if’s, because the match ended in a TIE, AGAIN on a World Cup FINAL TWICE. Notwithstanding, Some one of a kind, never seen before scenarios.CRUNCH moments got Crunchier as the stakes were high. To start with, in the dramatic final over, a grounded shot of quick 2 runs near the boundary turned to 6 runs(invaluable in the context of the game) because of a deflected overthrow (When have we seen this happen in the past?Ball ricocheting off the bat and across the boundary for four) due to which England managed to get 14 runs. At this moment, they were happier to go into Super over as they got 14 runs of Boult’s last 4 balls after scoring nil in first 2 balls.So to break the tie, Super over was undertaken(Introduced in place of Bowl-out.Remember India v Pakistan in 2007 T20 WC? ) and to the surprise of it, we had SAME result, a TIE. So what you do? Rules come into play and team which hit more boundaries(during the entire match including the super over) wins the match(This rule which is under scrutiny was introduced from T20 international and professional leagues). To be fair to England,  this rule was well known to both the teams, but for the fact that this scenario of Super over ending in a tie never occurred.

Not too far away from Lord’s, during the same time, in Wimbledon there was an equally engrossing match between two champions Roger Federer and Novak Djokovic.[Lot for work for the TV remote as alt button was pressed umpteenth time to switch between channels.Cant miss both the matches, you see :)] In a very rare occasion, the 5th set moved to a tie breaker. And the match continued until one player bowed down to hand over the trophy to the deserved winner. Match ended in 13-12 in favor of Novak, a historic win in 5th set tie breaker.To take a leaf out of Wimbledon, it would be much better if winner was decided based on some valid criterion. May be, another super over to break the tie.Because New Zealand never lost. It must have been devastating and frustrating to end their successful World Cup campaign like this. Lot of practice, hard work, strategic thinking goes into the preparation(over a period of 2-3 years), to compete in a prestigious and high profile tournament like this. All 22 players on the field played well, but only 11 players were celebrating. Lots being said about Kane Williamson’s leadership and state of composure he showed in such a heart breaking/devastating outcome. It was only fitting for him to carry the Man of the Tournament award for steering his team through from challenging situations in many occasions. So,England,gallantly fought their way through to win knockout games at the fag end of league matches against tough opposition and in the semis with their nemesis,to win the World Cup for the very first time. In the end, they looked like the tough team to beat and deserved to win, albeit with a fairy tale ending.

Usually the cricket series just after a high profile tournament like World Cup looks boring or too much of a overdose. Not this time though, as Ashes series is starting soon.There is always a sense of excitement within cricket fraternity leading to the build up to the series, as it is most celebrated series amongst the Cricket’s most enduring rivalries.Oz would be hungry to get their act together against the newly crowned World Champions. What makes it more exciting is there is lot of context coming in for Test series starting from Ashes series. For next 2 years, Top 9 Test teams will be competing for World Test Championship making all the upcoming Test series more alluring and exciting. India is set to start their Test championship campaign with West Indies tour. Each team is ought to play 6 Test series (3 Home and 3 away) over the next 2 years to grab points after each match. At the end of 2 year cycle, Top 2 teams will compete in 5 day match to own the first ever prestigious World Championship(in line with ODI and T20). In a move to make Test cricket popular(especially dwindling young fans) and grab the attention of spectators at the ground and cricket fans in general, this seems to be a very good move. After lot of pondering over reducing Test matches from 5 to 4 days,  introduction of Day Night matches, this is a welcome move.

For cricket connoisseurs, just like the cricketers, TEST cricket is the ultimate contest. I am excited and looking forward for pulsating encounters of Red Ball Cricket,a mouth watering prospect. Are you excited? Thoughts?

Bringing out stories worth sharing